Perfect Gold: The Alchemy of Happiness is a coming-of-age yuri visual novel about two former friends who escape detention in order to celebrate the Sunflower Festival.

Set in the magical city of Castlecoast, readers get to know Audrey Clary, an alchemy student and heiress who secretly dreams of a different life, and Marion LaRue, a rebellious elemental magic student in search of someone she once loved.

As the reader, your choices affect the outcome of Audrey and Marion’s day together.

Marion LaRue is an elemental magic student who earned her scholarship at LeFay Academy through meticulous self-study. Fiery, rebellious, and carefree, Marion is not one to back down from a challenge. As one of LeFay’s brightest students, she aims to prove her worth and earn her place as a respectable mage despite her common background. But when it comes to friendship and teamwork, Marion still has a long way to go.

As the heiress of the renowned alchemist Clary family, Audrey Clary is expected to create a magnum opus (an alchemical masterpiece) in order to bring the world closer towards the highest state of perfection. Audrey, however, secretly wants to be a healer, an occupation considered to be way beneath her status. Responsible and compassionate, Audrey is torn between following the path her family has laid out for her and choosing the one her heart desires the most.

Naive and sheltered, Irene has yet to see what life is like for those who weren’t born to wealthy, influential alchemists. Due to her upbringing, she is prone to moments of tactlessness and insensitivity. However, she is genuinely kind and compassionate, as she is the only one who understands and supports Audrey’s interest in healing magic.

No one messes with Professor Margot Beaufort. In LeFay Academy, they are known as the stern Head of the Alchemy Department, and in Castlecoast they are celebrated as one of the Queen’s most innovative alchemists. Wise and idealistic, Professor Beaufort uses their strict persona to push their students towards perfection, believing education to be the most transformative instrument of all.

Simone LaRue is a household name among the wine connoisseurs and fashionistas of Castlecoast. Her wine bar is often crowded with Castlecoast’s young elites, and her face regularly appears on lifestyle magazine covers. She is also the older sister of Marion LaRue, and is the one who influenced her interest in elementalist magic.

A WLW (women who love women) story for WLW

Follow a heartwarming, slice-of-life story between two girls as they get a second chance at love and friendship.

See the story unfold through the eyes of Audrey and Marion.

Features a cast of talented professional English voice actors that help bring the characters to life.

Immerse yourself in the magical city of Castlecoast, brought to life by animated characters, backgrounds & illustrations.

Your choices influence the characters' actions and will determine which of the two unique endings they will get.

Listen to beautifully composed music tracks that accentuates the story's most emotional beats. 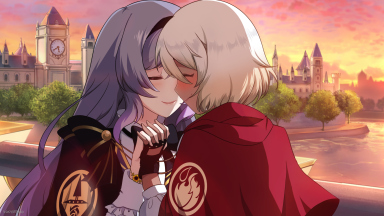 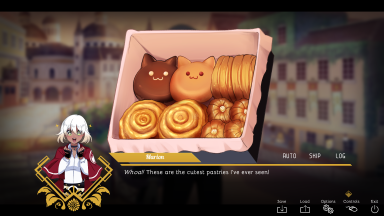 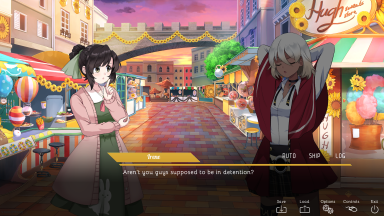 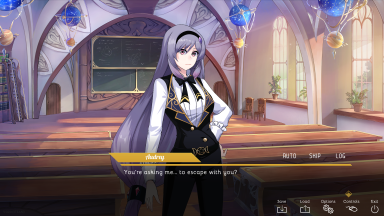 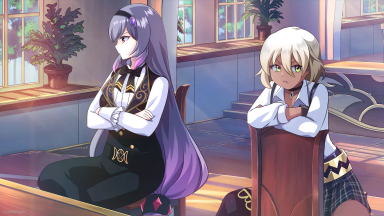 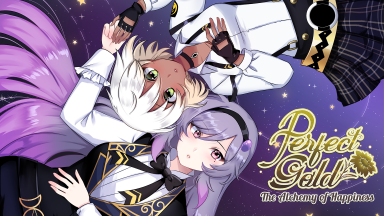 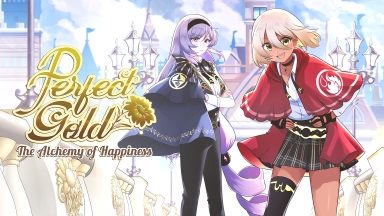 The Letter is an interactive, horror/drama visual novel inspired by classic Asian horror films, Ju-ON: The Grudge and The Ring. Told through an immersive branching narrative, the game puts the players into the shoes of seven characters as they find themselves falling prey to a vicious curse plaguing the Ermengarde Mansion for centuries.

To what ends will one go in order to survive?

Love Esquire is a romantic-comedy visual novel/dating sim with a touch of old-school RPG combat. In this game, you're not a famous knight, but a good-for-nothing squire who's on a quest to find man's greatest pleasure. Getting the girl won't be easy though, since most of them are waaaay out of your league!

So raise those stats, battle monsters, and unleash your full potential!